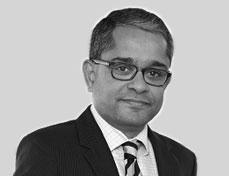 Shri Rajiv Anand is a Commerce graduate and a Chartered Accountant by qualification.

Over a career spanning more than 30 years, Shri Rajiv Anand has focused on various facets of the financial services industry having held key management positions at leading global financial institutions. He has also been very successful as a debt fund manager and has won several accolades for the same. He brings strength in capital markets and building new businesses to his responsibilities at the Bank.