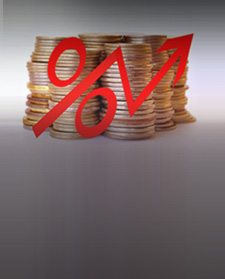 In a surprising move, the BoJ resorted to negative interest rate policy by cutting its interest rate paid on excess reserves to -0.1%. It now joins several other European central banks which have resorted to negative policy rate to goad banks into lending by penalizing them for holding excess reserves with central banks. Markets, obviously, rejoiced as yet another central bank threw in the towel for now.
Note the Fed kept rates unchanged and sounded dovish in its latest policy this week. However, with this move, and given the fact that Yen is a funding currency with widening interest rate differential with the US (owing to divergence in monetary policy), the Yen is likely to continue to depreciate. This raises the hackles of currency war as other economies (incl China) may be prompted to pursue further depreciation of their currencies.


It is with this backdrop that the RBI is set to announce its sixth bimonthly monetary policy on Feb 2nd. And interestingly, quite a lot has changed since its last policy meeting on Dec 1st!


♦ There has been a huge volatility across asset markets, esp. currencies and the Yuan has depreciated ~3% while INR has given up 2%


The RBI had, in its last policy statement, mentioned that it will "use the space for further accommodation, when available, while keeping the economy anchored to the projected disinflation path". However, it had also slipped in a caveat that "the implementation of the Pay Commission proposals, and its effect on wages and rents, will also be a factor in the RBI’s Bank’s future deliberations, though its direct effect on aggregate demand is likely to be offset by appropriate budgetary tightening as the Government stays on the fiscal consolidation path". It had also noted that less than half of the cumulative policy repo rate reduction of 125 bps has been transmitted by banks.


Thus, on balance, while there is further room for monetary accommodation in our opinion, we expect the RBI to maintain status quo and wait for the budget before going in for a 25 bps Repo rate cut in March.