On the Naukri JobSpeak Index which suggests a slowdown in hiring for IT services: Mr. Hitesh Oberoi MD & CEO of Info Edge said, there are a couple of things. One is IT sector has done well for Info Edge for the last 4-5 quarters. A lot of the company’s growth in Naukri over the last year or so has been driven by hiring that was seen in Bangalore, Chennai, Pune, and Hyderabad, which is primarily IT markets. These companies continue to do well, they continue to hire, attrition rates are also up in many of these companies. So it is not just about net hiring, it is also about gross hiring as far as business of Info Edge’s Naukri is concerned. Further the company is not seeing any signs of major slowdown. Of course, there could be some ups and downs. What one has to also understand today is that the IT sector is a lot more than just the IT services companies. There are lots of multinational companies (MNCs) now who have back offices in India. They also hire for those back offices. There are internet companies who are hiring IT professionals in hundreds and thousands every quarter now. So the IT market is a lot deeper and broader than it was a few years ago said the CEO of Info Edge.


On Net Hiring: Net hiring has been through some challenges and in the month of June it hit the lowest numbers as against the past 6 months although it’s much better than December but still lowest in 2019. A couple of years ago, people thought that automation and AI would mean the end of Indian IT services companies and actually for a while a slowdown was observed. Mr. Oberoi said he doesn’t know whether it is because of that or for some other reason but after a few bad quarters, the IT companies recovered. The last 4-5 quarters have been good for them (IT companies) that are into hiring and this trend continues. So we are not at this point in time seeing any slowdown in IT hiring. One doesn’t know what is going to happen in future. As far as non-IT hiring is concerned, it is very sectoral. There are some sectors that continue to do well. These are sectors such as healthcare, education, hospitality, restaurants, and hotels. However, there are sectors that are in trouble and have been in trouble for a while. Sectors such as construction, real estate, infrastructure companies, Auto now are in deep trouble and Naukri JobSpeak Index is reflecting this trouble. The CEO of Info Edge also mentioned that a slight slowdown is witnessed in Mumbai, where all the non-banking financial companies (NBFCs) are based. So there is a slowdown in financial services as well now. So non-IT hiring has slowed down a little bit but it is still better than what it was a couple of years ago.


On slowdown seen in real estate sector and performance of 99acres: Mr. Hitesh Oberoi, Info Edge’s MD & CEO said that during last year, 99acres did well but in the real estate sector, every now and then there is something or the other that seems to impact it-the Real Estate (Regulation and Development) Act (RERA), Demonetization, implementation of Goods and Services Tax (GST). Now what we are sensing in the market is that it is hard for builders to raise money to fund new launches. So new launches will definitely take a beating, which is why one see’s inventory levels going down in some of the bigger cities. Unsold inventories of new homes is beginning to trend down because there aren’t enough new launches happening so there is not enough funding available for the small and mid-sized builders who want to launch projects. Owing to all these factors Mr. Oberoi said that Real Estate will go through its ups and downs before it recovers finally. 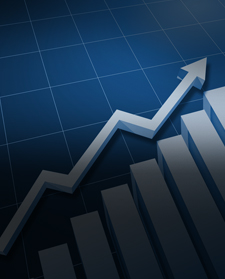