1266
You have already successfully completed this quiz

Getting started with Investing

FINISH ALL CHAPTERS AND QUIZZES 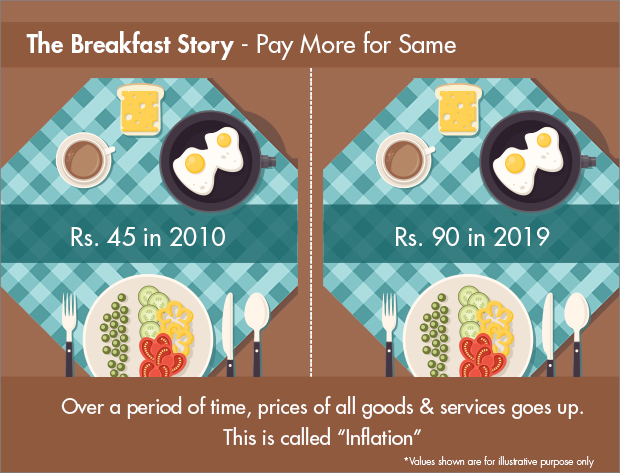 Interest rates in the US, Europe, Japan and the UK were hovering near zero level till end 2016; US central bank (US Fed) has initiated on increasing the policy rates whereas the other nations’ central banks are still maintaining low interest rates. The Reserve Bank of India (RBI) on the other hand, has been cutting interest rates from first half of 2014 till late 2017 as inflation was trending down. Monetary Policy committee (MPC) - RBI’s body has been mandated to decide on the policy rates. MPC has formulated an inflation policy of 4% plus/minus 2% band. As the inflation has been inching towards the upper end of comfort band and there are risks on it flaring up, MPC has initiated on increasing interest rates. Inflation decides the interest rates which means higher the inflation, higher would be the interest rates and vice-versa.

High interest rates offer incentives for savers. Does this make Indian depositors wealthier than those in the US and Europe? Does it mean that Indian depositors are rewarded more by Indian banks? In reality, however, it is not the correct picture. The nominal interest rates (which you get upon investing in a bank deposit or a debenture) have moved up over the last 3 years. However, in real terms (adjusted for inflation) they have not moved much.

Inflation refers to the situation in which there is sustained increase in prices of goods and services leading to decline in people’s purchasing power. Due to inflation, the value of money decreases over time. This means that the value of Rs. 1,00,000 held with you as idle money will fall in value in future. Assuming an inflation rate of 7% per annum, the value falls by 86.86% in 30 years. This leads to a reduction in returns realized from our investments. While we are under the impression that we have realized extraordinary returns, when accounted for inflation, most investments like Fixed Income and Gold rarely create wealth. Real return is the difference between nominal return and inflation. Inflation erodes the pricing power and is the consumer's greatest enemy. Inflation hurts consumers more than savers. Most investors get lured in by the nominal rate of return, and do not look at the real rate of return. Inflation erodes their savings silently.

Real return is the difference between nominal return and inflation. Inflation erodes the pricing power and is the consumer's greatest enemy. Most poor people are only consumers and not savers, so inflation hurts them the most.

Here's a story about a friend who learnt the difference between real and nominal return at a great cost. He wanted to buy a property in Mumbai in the year 2000. He parked his savings in liquid assets as he would have needed money at any point of time to pay for the property. He often came close to buying a property, but could not close the deal for one reason or another. Most times the price was too high. Sometimes he waited, as the price was expected to fall, or interest rates were expected to come down. In the end, property prices inflated away many times the return of his liquid assets. While he could have bought a 4 BHK flat in the year 2000 at approx. Rs. 1 crore, he had to settle for a 2BHK flat in 2008 for Rs. 1.81 crores. His liquid assets after tax had given him a return of approximately Rs. 81 lakhs over a period of 8 years, but property prices had increased by almost 4 times In that period. At the end of the day, inflation silently took away half his property.

Next Course of action:

TAKE A QUIZ NEXT CHAPTER
vV5.0.0.6-60
Thanks for Liking, Please spread your love by sharing...
As you have logged in from a different device/browser. This session has expired.
Image size cannot exceed 512 KB.