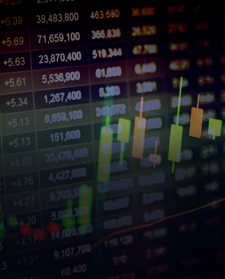 What Are Derivatives And How Do They Work?


The first account of a derivative contract being used was recorded by Greek philosopher Aristotle. According to the account, Greek philosopher Thales decided to buy the exclusive right to the use all the olive presses of the towns of Chios and Miletus after the harvest. Since the deal was made in winter, and there was no way to know if the olive harvest would be good, he was able to secure the contract at a lower price. The owners of the olive presses saw this as a way to make up for at least some of the losses they would incur if the harvest turned out to be poor. Fortunately for Thales, the harvest was excellent and the demand for olive presses shot up, and he made a huge profit by renting them out.


This is how derivatives work. They allow investors to bet on the possible future price of an asset, which can be anything from stocks, bonds and commodities to currencies and interest rates. Since their value is derived from that of an asset the bet is placed on, they are called “derivatives”.


They are used for speculation or to hedge investments. Hedging refers to the use of derivatives as an insurance against losses caused by fluctuations in stock, bond, commodity and index prices, and changes in interest rates or foreign exchange rates. This also means that derivatives can be used to take on significant amount of risk, with the possibility of an equally lucrative return.


What Thales accomplished in Aristotle’s account is what speculators aim to do. They enter derivative contracts betting that the future price of a given asset will be significantly different from the expected price. They intend to make a profit based on the assumption that the other member of the contract has a completely opposite view in terms of expected market price, which would result in them making significant losses while the speculator makes a substantial profit. This has resulted in derivatives gaining a rather unsavory reputation.


Derivatives are not always bad. For many companies, these are essential instruments to ensure profitability in a volatile market, thus providing a degree of security for their investors. However, they may not be ideal for the average investor. It only makes sense to enter a derivative contract if you fully understand the risks involved.