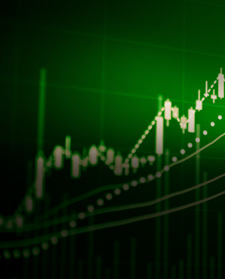 
Traders were cautious ahead of the earnings season beginning Friday with Infosys, and as the US Federal Reserve will release minutes of its 20-21 March 2018 meeting on Wednesday.


A steep rise in crude oil prices overnight also worried investors. Brent crude oil prices crossed $70 a barrel mark. In the global commodities markets, Brent for June 2018 settlement was up 8 cents at $71.12 a barrel. The contract surged $2.39 a barrel or 3.48% to settle at $71.04 a barrel during the previous trading session. Spike in oil prices raises Indias import bill as the country imports majority of its crude requirements.


The market breadth, indicating the overall health of the market, was negative. On BSE, 1,516 shares fell and 1,192 shares rose. A total of 125 shares were unchanged.


Overseas, European equities were trading lower, tracking mixed cues from Asian market, with traders failing to take any significant succour from new signs trade tension between the US and China was easing.


US stocks surged on Tuesday, 10 April 2018, thanks to a less-aggressive stance on trade taken by Chinese President Xi Jinping. Xis conciliatory comments on tariffs sent prices of risky assets such as global equities and commodities higher.


Chinese President Xi said that Beijing plans to give foreign companies greater access to financial and manufacturing sectors. He also talked about a cut in tariffs on car imports and an improvement in protection of intellectual property, among other measures.