The multiples got rerated much before earnings recovery. At an inflection point like this, it can even be justified. We have strong governance with a long-term development mandate. Except land and labour, most reforms are underway, inflation and interest rates are low and the relative positioning of India has never been stronger. After 4 years of flat corporate earnings, there's expectation of a multi-year double digit earnings growth. But there are challenges to earnings growth in FY18. Both lead and lag indicators are giving mixed signals. Job growth is anaemic, work force participation rates are falling, and bad loan problem persists with recoveries taking painfully long.


Interestingly, 55-60% of Street estimates for FY18 incremental earnings in Nifty stocks will come from PSU banks, and metal stocks. The last four aren't hugely influenced by what happened to local growth and bank stocks will be driven by NPA resolution rather than loan growth which no one expects to surge immediately. And, that makes FY18 earning recovery story volatile. It can disappoint but it can also throw pleasant surprises.


The point I am making is that even if earnings recovery on large caps disappoints, multiples may not change much. But the script changes when you migrate to midcap and small-cap space which was subject to huge early cycle rally in past 3 years on the back of domestic economic recovery expectations. I think midcaps look more vulnerable than large caps at this point.


More domestic participation means the holding pattern is slowly getting less skewed compared with the current dominance of FIIs holding. Thus, the FII pull out risk is also coming off, which is lending resilience to the market. Besides, shifting of house hold savings from gold and physical savings to financial savings on the back of lower inflation and less cash economy is for real. Within household savings share and debenture holding forms only 6%. Thus, there is a long way to go. I agree too much money is chasing too few quality stocks, but hopefully things will change if the listing pipeline continues to supply quality names.


We are in middle of a cycle where decent returns could be earned in the next few years. But remember, inflation for the common man is structurally coming down. As a result, nominal GDP growth will settle at a lower level than where it did in earlier bull cycles. Since equity returns is largely a function of nominal GDP growth over a longer period of time, one needs to adjust return expectation from equity market accordingly. The new normal return will be lower than the earlier normal returns.


The market's expectation from the government is up post demonetisation. It is absolutely imperative for the government to resolve the stressed assets issue, failing which there could be a shadow on the India growth story. PSU lenders still constitutes 70% of the banking sector. You cannot grow an economy with 70% of banks battling stress. The good thing is the government is vocal about it; it's indicating in no confusing term that this is a priority.


There has been some run up in these stocks in the recent past, but earnings visibility remains unclear. Select infra stocks will surely benefit from government-sponsored projects in roads, railways and port sector but corporate capex cycle recovery is yet not visible.


Our mandate is to run diversified equity funds. So, we cannot have big contra calls in our portfolio. 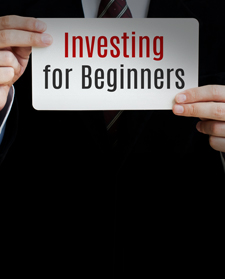