View on the road ministry targets of awarding 25,000 km of highway projects in the current year versus 10,000 km


First of all, I would like to mention here that the year 2015-2016 was very encouraging as compared to all the previous years. So, ministry as well as the National Highways Authority of India (NHAI), both put together has awarded a significant number of, almost it is closer to 10,000 km. So, now obviously this is again the target, but what we understand that considering the NHAI as well as the ministry’s view to go ahead for this Bharatmala and other National Highways Development Project (NHTP) programmes. So, more number of projects are there in pipeline and we are also seeing a large number of bids are there still in the pipeline by ministry as well a NHAI.


So, obviously year will be very bullish, but which kind of projects are getting completed, when the Detailed Project Report (DPR) and all the things are in place, and as well as the other legally challenging thing slike the land acquisition.


A lot of ground work is required. More or less land acquisition and also needs to be tackled very clearly, but obviously, the awarding pace is very fast. So, we can reach nearby the target, but we have to see what is happening during first couple of two quarters actually. That will be determining factor according to us.


In hybrid annuity and this build operate transfer (BOT) toll with the competitive intensity is very less. There are hardly around 5-6 players coming ahead for putting the bids. Obviously in engineering, procurement and construction (EPC) mode, there are a series of bidders, almost ranging from seven to 15 bidders are there. So, there is still competition. But going forward, what we are of the view is that the number of projects will be more. So, competitive intensity may go down also because everybody will have a sizeable orders and the pricing will benefit also, how the bidders are taking a call. 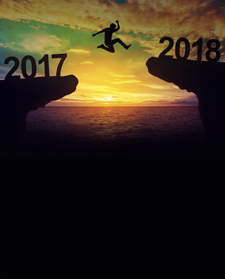 Show more...
vV5.0.0.6-124
Thanks for Liking, Please spread your love by sharing...
As you have logged in from a different device/browser. This session has expired.
Image size cannot exceed 512 KB.