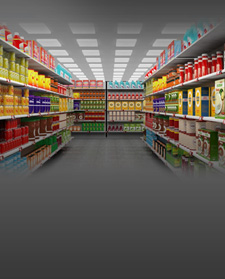 Market Opportunity and Growth: In 2018, the consumer market size was around Rs. 110 lakh crore which reported growth of ~13% annually in the past decade since 2008 when the market size was Rs. 31 lakh crore. Over the next decade, the consumer market is expected to touch a size of Rs. 335 lakh crore over 2028 which is a growth of 12% annually for the next ten years upto 2028 as per Boston Consulting Group (BCG) report.


Drivers of growth: The BCG report attributes this growth to factors like increasing population, higher affluence, continued urbanization, shifting family structure etc. The report notes that with an8% growth in average spend per household across all income segments, the critical differentiator in consumption growth has turned out to be expanding base of affluent and elite households.


On Regional growth: Top metros led the growth story in the past decade with 16% annual growth. Demand increased in both - products and services with clothing, footwear and healthcare being the fastest growing categories. Clothing and footwear grew 16% CAGR and Healthcare reported 14% CAGR over the period under review. Categories like Financial Services, Social Protection and Jewellery also registered strong growth of 15-19% annually.


On Channel growth: Online Retail market grew at a rapid 78% albeit on a small base in the last 10 years, taking the share of online retail to 2.8% total retail spending in 2018 from a meagre 0.1% in 2008. This growth was led by a tenfold growth in the number of Internet users and 26 times growth in the number of online shoppers between 2008 and 2018 according to the BCG report. The report states that reducing cost of smartphones, cheaper data packages and mobile friendly content has driven the increase in number of online shoppers to 110-120 million in 2018 from 4-5 million in 2008. Share of offline organized retail increased at 25% annually from 5% annually in 2008 and 12% in 2018.

vV5.0.0.6-138
Thanks for Liking, Please spread your love by sharing...
As you have logged in from a different device/browser. This session has expired.
Image size cannot exceed 512 KB.