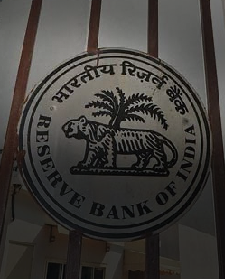 
Repo rate is reduced by 25 basis points from 6.5 per cent to 6.25 per cent with immediate effect


The RBI's monetary policy committee on Thursday took a unanimous decision to cut its key interest rate by 25 basis points and eased the stance of the policy from 'calibrated tightening' to neutral, indicating that rates were unlikely to go up.


Despite the Union Budget being seen as expansionary and fueling demand by some, RBI said that while the proposals are likely to boost aggregate demand by raising disposable incomes. The full impact of some of the measures is likely to materialize over a period of time, RBI governor Shaktikanta Das said in his monetary policy statement.


The repo rate is reduced by 25 basis points from 6.5 per cent to 6.25 per cent with immediate effect. Consequently, the reverse repo rate under the LAF stands adjusted to 6.0 per cent, and the marginal standing facility (MSF) rate and the Bank Rate to 6.5 per cent,” the statement said. The MPC also decided to change the monetary policy stance from calibrated tightening to neutral.


Announcing its decision, the central bank cited a slowdown in global economic activity and in some major emerging market economies. The RBI said that although oil prices have hardened slightly they continue to remain below their peak level. The MPC members appear to have been emboldened by the fact that global financial markets began the year on a calmer note after a turbulent December.


On growth, the central bank said that industrial activity had slowed down and there was some moderation in the pace of activity in the services sector as well. The RBI has forecast GDP growth of 7.4% for FY20 with the first half growth expected to be in the range of 7.2-7.4% and 7.5% in the third quarter. RBI has also forecast a CPI inflation path of 2.8% for Q4 of FY19 followed by 3.2-3.4% in the first haf of FY20 and 3.9% in the third quarter of the next fiscal.

I don't think there will be outflows from India.

Tax reforms can push India ahead of emerging markets peers

Legislative action in the spotlight

Another round of easing, this time it is BoE.