On impact of demonetisation: The next one-two quarters could still be little tough from an economy perspective but things must start to improve in the second half of this year fundamentally for sure. Whatever the impact of this is, maybe the worst is behind us, as far as the impact of the demonetisation is also concerned. We must start to see some kind of things coming back to resemblance in the second half of January once the notes in currency improve over the next 20-30 days.


On Valuations: I think valuations have corrected quite a big, specifically in large cap companies, I would say because there has been a relentless foreign selling. In the last three months, they have sold Rs 25,000 crore. Most of the foreign selling comes in the large cap names while domestic institutions have participated and bought the equal amount but there has been a lot of selling through the year and specifically more importantly in the last three months. So, I see there is a lot of valuation comfort, which has come in select names, definitely in the large cap arena. I would not make that same comment with that kind of conviction about the midcap segment specifically the companies which are just getting listed.


On domestic investors: The domestic money what we are seeing, in my view, it can only accelerate that if at all there is a decline, there are a lot of seasoned investors and people who have missed the bus and who have not participated in equity, I would say more money will come. So, I am not worried about domestic redemption. 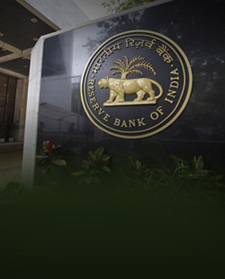 Demonetisation not a well thought-out plan

There's a lot still right with the India story