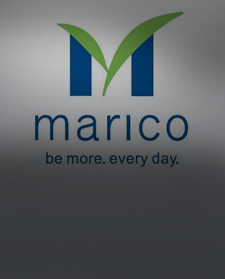 On growth vectors: The CEO of Marico, Mr. Saugata Gupta said, that there are five big vectors of growth. The first vector of growth is entire premiumisation of hair nourishment. Marico is premiumizing not only in the value-added hair oils category, but also entering things like we have done in crème oil or true roots which are basically problem solving or oil replacement products. The second vector of growth is male grooming where the team at Marico is continuing to ensure that they drive penetration and participate in a broader range of products. The third vector is foods where the company has presence in successful brands like Masala Oats. It has also launched Saffola Fittify range and will look to expand it accordingly. The fourth vector will continue to focus on bottom of the pyramid. The fifth vector of growth for Marico is launch of Kaya Youth which is being prototyped in Mumbai and e-commerce and the idea is to making products from Kaya, (Marico’s sister company) more accessible, affordable and targeted towards a slightly younger audience.


On new product development pipeline: Mr. Saugata Gupta said, the team is pretty excited with the new product pipeline and therefore it is important to invest behind them and execute them well so that in the next 3-5 years, the company has a far differentiated portfolio which will make Marico more future ready.


On mix of new products versus traditional products to total product portfolio of Marico: Marico’s aspiration is to grow 13% - 15% top line over the next 4-5 years. For this top line growth, Marico’s core business is estimated to deliver a 10% growth. Thus, new set of businesses have to grow every year at ~15%-20% plus for the growth aspiration to be reached over next 4-5 years.


On lower volume growth in last 2 quarters versus peers: Mr. Gupta says, Marico is perhaps 2-3% lower than some of the top quartile performers in terms of volumes. According to him, the company could deliver 8-10% growth over the next few quarters and yes, the company’s new product contribution is expected to grow significantly over the next one or two years.


On demand trends in Q4 from rural and urban India: Mr. Saugata said, there are two things; one, rural growth is still recovering and the recovery is not a hockey stick one as it was earlier. Having said that, maybe the expectations were higher in terms of the company’s growth trajectory, given that its base was not that high. So far, the company has not witnessed any reduction in growth or demand cycle unlike HUL which mentioned that there was a short term blip in demand in Q4 both in the rural and urban markets. The CEO said that the expectation of higher growth traction could have been due to some fillip from the government which was announced in the Interim Budget 2018. Mr. Gupta, reiterated that he sees no concern on demand front both from rural and urban at this point in time.


On copra prices trends: The CEO said that one will have to look at Copra prices on an annualized basis. Normally, copra cycles are 18-24 months which is the inflation and deflation cycle. This year, perhaps the deflation is slightly muted compared to the previous cycles. Having said that, it would be anything between 15-20% lower than the previous cycle, previous year. We believe we should be able to deliver +18% overall blended basis for the full year.

vV5.0.0.6-138
Thanks for Liking, Please spread your love by sharing...
As you have logged in from a different device/browser. This session has expired.
Image size cannot exceed 512 KB.