The strategy to De risk the business is paying off 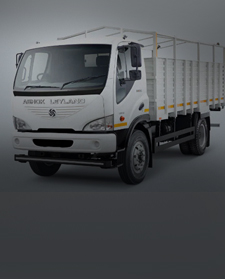 On MD Mr. Vinod Dasari’s departure: Mr. Dheeraj Hinduja talked about Ashok Leyland (ALL)'s management team and future as managing director Vinod Dasari will be leaving at the end of March, 2019. He said that the transition from Mr. Vinod to him and from him to the next CEO will be smooth as the company has a very strong leadership team. They will continue leading their units independently. Four of the independent directors of the company include The CEO of Aston Martin, the former CEO of Fiat's commercial vehicle arm, the former head of McKinsey's auto practice, and the CEO of Federal-Mogul who bring in rich automotive experience with them and mentor the team as and when required hence there is no lack of leadership at present, and along with Mr. Hinduja who will be in India to oversee whether the line of course is in line with the strategies of the company. Along with that they are also working with a search team for internal and external candidates to look for a new MD and will come out with a decision in a few months.


On the strategy of diversification/de-risking of its revenues: To counter the industry down cycle the company wanted to make sure that they remain de-risked and for that they have diversified into international sales, parts business, expanded into defence and LCV apart from their traditional business (M&HCV). He said the strategy is paying off as currently 40% of ALL’s sales are from these new segments and he is seeing the trend growing, especially international sales and the LCV segment.


On company’s mid-term plan: From April, 2020 onwards, ALL will be launching a new range of LCVs. Currently they are in a very small segment with one product i.e. Dost (market 500,000 units vs. ALL’s 50,000 units).The new range of LCVs will cover the whole spectrum of LCVs which will lead to substantial volume growth coming from LCVs and international operations and could see the overall market share of the company in this segment to exceed 20-25%. Along with that the new model range will have a modular vehicle platform and will be coming with the left-hand drive option which will enable it to export trucks as well (vs. only buses earlier).


In the next 12 months, every single model ALL makes for India will also have a left-hand drive version, possibly both in the LCV and MHCV segments. And with the BS-VI vehicles coming, company sees its sales ramping up even in countries where they were not competing.


On liquidity concerns: After the IL&FS crisis for the next four to six weeks, there was slight concern as the liquidity was tight. However, it was short-lived as lot of the OEMs including ALL, have in-house finance that was supporting the sales of vehicles hence Mr. Hinduja does not  see liquidity being an issue in terms of affecting future sales.


On Hinduja Leyland Finance(HLF): Eight years ago it was incorporated to fund only CVs but later on to ensure it had a successful business model its portfolio was diversified into two-wheelers, three-wheelers, used vehicles, and so on. They have also started a subsidiary within that for affordable housing. HLF’s assets under management last year was at Rs 20,000 crore and is growing CAGR of 15% to 20%.On IPO of Hinduja Leyland Finance Mr. Hinduja said that having filed a prospectus with SEBI for IPO a few days before the IL&FS crisis company decided to pull it back because of the market conditions after the crisis and are currently waiting for a appropriate time is to ensure that HLF gets the right valuation. On capital requirements for HLF Mr. Hinduja said the current shareholding has Ashok Leyland, other group companies, and private equity called Everstone, which owns 7% which ensures adequate capital infusion for the growth of HLF.


On demand after elections: Based on historical data Mr. Hinduja feels whenever there's an emission norms change, (currently from BS-IV to BS-VI), there should be a ramp-up in terms of the demand and purchases should increase. The government has spoken about a scrappage scheme as well and if they do introduce it, industry should see a surge in demand further. Hence the next year should be a strong year, thereafter (post-emission-norm change), although there could be a slight slowdown initially, the demand should pick up based on the past trend.