No slowdown in commercial vehicles 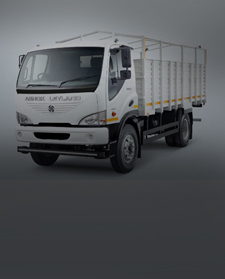 We have to start with a sombre note with the December sales. What is your sense? I believe it is a temporary problem. Let me give you two bits of statistics. First and foremost, year-to-date (YTD), the commercial vehicle (CV) industry has grown 25%. So, I don’t know who is talking about the slowdown, but 25% growth in any industry is very good. Just in December, we had a 20% decline, but remember, even after the 20% decline, December was 25% higher than November, though it was lower than December 2017.


Why was it lower than last December? It is only because in January 2018, the blower regulation had come in, the air-conditioner regulation had come and so they had a huge pre-buy last December. If it wasn’t for that, we would have had continued growth. So, please look at two statistics. For the nine months, the market is up 25% and, compared to the previous month, we are up 25%. So, I am continuing to be very bullish about this. As I had said in the beginning of the year, I believe the market will grow by 10-15%, I still feel the market will grow 15-20% before the year ends. Even if Q4 is lower than last year, I think in the worst case it will go by 15-20%.


Do you think 2019 will be better than 2018? Definitely. We will be 15-20% better if I took the full year–calendar year–it will certainly be about 25% higher. Even sequential months, it is 25% higher. So, even though December beat November by 25%, it could not beat last December because of a very high base effect and that will make up in Q4. People are worried about what will happen after FY20, when euro-VI comes in. Yes, there will be a slight bit of slowdown because of this prebuy. However, having said that, I am so happy that the government is close to announcing this scrappage scheme, which will eliminate vehicles more than 20 years old. We have calculated that if 20 year old vehicles are gone, that is roughly around 200,000 more CVs that would have to be purchased, and that means a lot for our industry. Even if half of those or quarter of those come, and that scrappage scheme replacement is spread out, it will easily offset the drop that we expect due to euro-VI April 2020 onwards.


On the view that Cash flow cycles are lengthening, leading to expectations of stress for the next two to three quarters: Let me break down the market into three types. First, the market load that he might be talking about, which is general trade, they do business on a day-to-day basis. There might be some cash strengthening there because of liquidity crunch that we are all facing. Today, 40-45% of our market is driven by the construction segment. The tipper segment alone is the single highest. After having sold 60% higher last year growth, again we are seeing 60-65% growth this year in tippers. Everything related to road construction is booming. So, it is not just the tipper, but the tractors, the bulkers, the multi-axle vehicles that carry cement bags, all of that because of construction, about 40-45%. You know infrastructure is booming in our country and it is not just one year, these are projects that will go on for six to seven years.