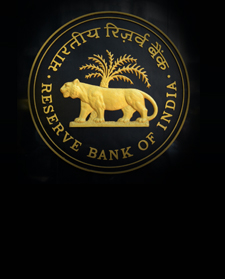 
Urjit Patel sprung a surprise on derivative traders, who had taken positions to trade on the state election results on Tuesday. Going into the verdict, the market had already discounted a Congress revival in the heartland after having been wiped out in the 2013-14 general election.


The traders took short positions as the Nifty ended at 10,488, down 205 points or 1.9 percent, on Monday. The implied volatility rose to close to its highest in a month, jumping 7.3 percent. In the options market, the maximum put contracts were for 10,000 and most call contracts for 11,000—suggesting traders expected the index to stay within that range.


Traders had enough short-positions based on assessment of elections, said a derivatives trader at an institutional brokerage to BloombergQuint requesting anonymity. With the Congress revitalized in the Hindi heartland, there is a possibility of an alternative to the BJP-led government at the centre in May 2019 and this would mean the government may be softer in its approach to capital markets, he said. The government had brought in long-term capital gains tax on equities in the last budget which was seen as a retrograde step, the trader said.


The Monday trade had seen selling in private banks and the Nifty Bank saw a significant build-up in open interest at 26,000 put option. The implied volatility ensured that the premiums remained high and bias was for the index to move lower.


But Patel’s surprise resignation caught derivative traders off guard. Initially, markets plunged in early-morning trades. But then traders factored in that Patel’s exit could mean easier bad loans guidelines for the financial sector. State Bank of India Chairman Rajnish Kumar hinted as much.


“One issue I don’t want to comment on is the RBI governor’s resignation. Post the change of guard at the RBI, it is difficult to predict what will be the change in Feb. 12 circular,” he told reporters in Mumbai.


Traders who were short on the banks and non-bank lenders pared their positions, said the trader quoted earlier. Over 23 NBFC stocks witnessed a build-up in long positions.