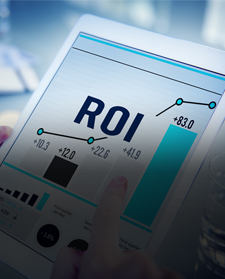 Thoughts on this big fraud that has been unearthed: This is something that is not really a small event. But just to again remind ourselves that there has been these kinds of events in the past. More important is the size of the impact and as you rightly mentioned, what is the secondary impact of this event. If it is limited to one sector, it is quickly brought to light in terms of what is the total impact. I think it will not be too much of a very large issue continuing.


US yields going to 2.92% and inflation numbers coming in over 2.1% annualized. What is the impact on emerging markets? I think it is not really that negative for markets in general because what we have seen is if interest rates arise in tandem with growth then it is not that much of a problem. But if there is no growth and interest rate rise on an existing very large debt balances across the world, then it is extremely detrimental. In a sense, we have to take this with a pinch of salt and to say that yes cost to money now is becoming more normal because nobody expects cost to money to be near zero for all this many years. So, I think this is a first sign that normalcy as we understand it in the normal economic sense is returning and in a sense it is should be taken positively.


What is the best way to approach portfolios from here on? I think investors need to be a lot more realistic about their return expectation that is one. Second is you have to understand that equities markets are cyclical which means that if you have had a very significantly positive year the probability that you will have a continuously similar year; this year obviously the probability comes down. However, that does not really take away the attractiveness of the equity market as an asset because you have to remember that investors have to stay there for the longer term. The volatility over this period of time actually does smoothen out over longer periods of time and we are talking about five years, 10 years so on and so forth.


On NBFC space: We are buying because we believe that the growth potential and I like to describe India as a great unbanked. We really have come a long way in terms of making credit available to large parts of the society through these NBFCs. I think there is reason to be positive about the potential about these companies rather than just doing the valuation multiple as such.


About IT: They are considerably cheaper than where they were trading at any point if time in their own history. So, I think there is a very strong case to make for these companies, but I think one has to be very stock specific, one has to understand what is the potential for growth because we have kind of come to the conclusion that growth is going to be muted and it is never going to reach the levels that we saw in the past. So, I think we need to take a balanced approach. We have some exposure and we will continue to look at it positively whenever the opportunity comes up.