Has the railways been able to mobilize funding as targeted :The Railways is working on a capital expenditure target of Rs 1.21 lakh crore for the current financial year. This includes Rs 20,000 crore of institutional financing where we are very comfortable. Even with the current estimates of spending, we have a lot of leverage. For instance, we have secured long-term funding of Rs 5 lakh crore from Life Insurance Corporation (LIC) from which we can draw at least Rs 30,000 crore annually.


It is important to understand that the long-term capital expenditure target of Rs 8.5 lakh crore over five years includes spending on all rail-based projects. This includes projects for which funding will come from outside the Railways' balance sheet and may not be provided for in the Union Budget.Funding will also happen through Memoranda of Understanding with state governments for taking up projects on a 50:50 partnership basis. At the same time, now multilateral institutions like the Asian Development Bank are expressing willingness to provide financing.


View on spending pick up this year:


Last year, we were facing constraints on spending on projects. Detailed Project Reports (DPRs) were not ready in most of the cases of new projects, which were mostly meant to de-congest the existing system. his year, we already have sanctions for Rs 5.6 lakh crore worth of projects out of the spending target of Rs 8.5 lakh crore.


Mega fund to be created with the World Bank as anchor investor:


I had a meeting with World Bank officials recently and they expressed their confidence in the Railways' ability to spend money judiciously. The corpus of that fund is yet to be decided, but it might not be used only for Indian Railways' projects and would be channelized for all rail-based projects including even public private partnership. The World Bank has given its in-principle approval for the creation of the fund. Now, the proposal is with the Department of Economic Affairs (DEA).


Take on the level of passenger fare hike:


The subject of fare hike would be dealt with by the independent regulator when it is set up. The regulator will look at fixation of passenger fare and freight rates - based on our petition, of course - apart from increasing competition through private participation and also setting efficiency benchmarks. This is not the only success area. This year's rail budget was the first time the Centre brought down expenses by as much as Rs 12,000 crore.


We got Rs 5,600 crore in revenue in the last financial year from non-passenger fare and freight revenue. This year, we are targeting Rs 10,000 crore. So, from 3-4 per cent of the total revenue we want to raise the share of non-fare revenue to 10-20 per cent. For instance, we hope to raise Rs 1,700 crore from advertising. We will be conducting e-auction of greenfield assets, which can be used for advertising. 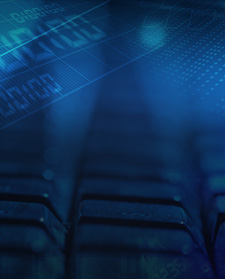 Focus to be on disciplined goal execution, re-skilling