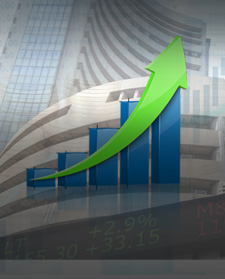 
The market breadth, indicating the overall health of the market, was positive. On the BSE, 800 shares rose and 523 shares fell. A total of 37 shares were unchanged.


As a part of this alliance, Wipro will offer its clients a powerful set of dashboard-driven performance management tools, including enterprise reporting, intuitive metrics and Key Performance Indicators (KPI) that focus on identifying potential problems before they progress in efforts to prevent business losses for lenders. The announcement was made after market hours yesterday, 14 May 2018.


Allahabad Bank dropped 3.36% after the Reserve Bank of India (RBI) has imposed restrictions on its lending to risky assets and raising high-cost deposits in view of deteriorating financial health. RBI has asked Allahabad Bank to restrict expansion of RWA (risk-weighted assets); to reduce exposure to unrated and high-risk advances; to restrict creation of non-banking assets; (and) to restrict accessing/renewing wholesale/costly deposits. The Kolkata-based bank said its board meeting on 11 May took note of the restrictions. The announcement was made after market hours yesterday, 14 May 2018.


Kaveri Seed Company rose 1.66% after the company said that a meeting of the board of directors will be held on 24 May 2018, to consider a proposal for buyback of equity shares of the company. The announcement was made after market hours yesterday, 14 May 2018.


All eyes are on the outcome of the Karnataka assembly elections. The fate of BJP and Congress, and JDS, hangs in balance as Election Commission has began counting of votes for Karnataka election results. The Karnataka Assembly elections in a single-phase polling were held on Saturday, 12 May 2018. Polling was held in 222 constituencies of the 224-member assembly. Karnataka is one of only three states to be ruled by the Congress.


Meanwhile, the President of India, as advised by the Prime Minister, directed reallocation of portfolios amongst the members of the Union Council of Ministers. During the period of indisposition of Arun Jaitley, Minister; the portfolios of Minister of Finance and Minister of Corporate Affairs held by him, be temporarily assigned to Piyush Goyal, in addition to his existing portfolios.


Overseas, Asian stocks fell as investors remained cautious about key economic and political risks, while supply concerns kept crude oil prices near 3-1/2-year highs. US stock indexes posted modest gains yesterday, 14 May 2018 and the Dow ended with an eighth gain in a row, extending an uptrend on signs of easing trade tensions between the US and China.