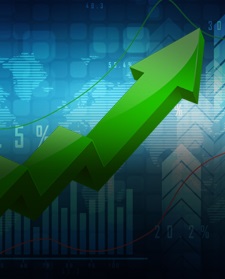 
Key benchmark indices pared early gains in morning trade. At 10:25 IST, the barometer index, the S&P BSE Sensex, was up 80.79 points or 0.23% at 35,288.93. The Nifty 50 index was up 15.95 points or 0.15% at 10,731.45. The market extended gains for the second straight day on unabated buying by domestic institutional investors. Positive leads from Asian markets and overnight gains on the Wall Street also boosted sentiment.


The market breadth, indicating the overall health of the market, was positive. On BSE, 1,042 shares rose and 959 shares fell. A total of 86 shares were unchanged.


Rajinder Gupta, Chairman at Trident Group said that home textile industry faced headwinds and was the stress test for the companies in the year ended 31 March 2018. Recent participation in the home textile exhibitions held in US and UK, saw encouraging response from global buyers and customers.


Overseas, Asian markets were trading higher following firm leads from Wall Street. US stock market settled higher on Monday, but well off the peak of the day, as energy shares pulled back following a late-afternoon tweet from President Donald Trump indicated that a decision was imminent on whether the US would decertify a 2015 Iran nuclear pact.


Trump tweeted that he would make an announcement on a possible decertification of the Iran nuclear agreement that the Obama administration had reached with the Middle Eastern country back in 2015. European leaders had urged Trump not to abandon the pact. Trump had until 12 May 2018 to decide whether to keep the deal intact. Abandoning it would trigger a reimposition of economic sanctions on Iran, hampering oil exports from the country and cutting global supply.