EBIDTA Margins to Double in FY2019


In Q3FY18, NALCO reported an EBITDA Margin of 20% which in FY19 is expected to double to 40% backed by firming up of demand and prices of both alumina and aluminium as per the CMD, Mr. Tapan Kumar Chand.


The global alumina prices have been on an upswing since August 2017 on the back of global deficit in production. Aluminium prices on the London Metal Exchange (LME) are currently ruling around USD 2,250/tonne up from USD 1,990/tonne in April 2017. In the last two week however, prices had touched USD 2,600-2,700/tonne levels following the USA’s imposition of sanctions on Rusal, Russia’s largest aluminium producer after China. However, prices have witnessed a correction as Russia’s Russal is now given more time to comply with the sanctions.


Alumina is a semi-processed material used to make aluminium. Mr. Tapan Chand said that prices of alumina have also been on the rise as it touched a record high of USD 718/tonne compared to USD 300 – 310/tonne in the same period last year. According to Mr. Tapan Kumar Chand, Alumina prices could stabilize around USD 600/tonne.


On the demand side, a growth pick-up in infrastructure, construction and automobile sectors could aid the company’s margins.


NALCO has an existing capacity of 2.27 million tones and is expected to invest Rs. 5,500 Crore for expansion.


Talking on expansion plans, the company is soon expected to set up a 1 million tonne alumina stream at its Damanjodi refinery in Orissa. Due to this expansion, the CMD highlighted that the company’s revenues and profits are likely to rise with profits expected to increase by Rs. 250 Crore.


NALCO is soon expected to commence mining from its captive Utkal-D and E coal blocks by Q1FY19.


Currently, 1.2-2 million tonnes of coal is bought through auction and with the commencement of own mining the company could reduce its costs to Rs. 2,000/tonne leading to an overall savings of Rs. 400 Crore as pointed out by the CMD. 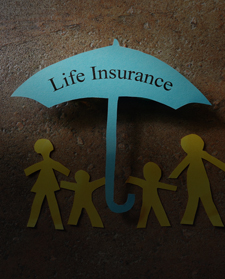 Growth across all channels is healthy ‘Will focus on cost management, efficiency’