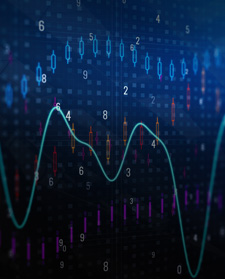 
This is important because obviously, the cycle is maturing. We cannot have a continuous expansion. We will have a recession at some stage again. A recession implies steep falls in corporate earnings, negative GDP growth and a bear market in stocks. Markets normally top out six months prior to a recession beginning. Thus, given the length of the current economic expansion in the US, how much longer can it sustain and when do we tip over into a recession are important decision points to form a view on the markets.


Various commentators have provided explanations for this increased stability in economic performance and elongated business cycles.


One explanation is better economic management on the part of the Federal Reserve. It has been ahead of the curve and allowed the economic cycle to play out fully, rather than short-circuiting the expansion. Secondly, we have seen a sustained and structural decline in inflation. This decline has been enabled by greater slack in the labour force, as China entered the global supply chain, and we had healthy labour force demographics in the West. This slack, allowed the economy in the US to run faster and for longer than usual with no wage pressures. Limited wage pressures meant limited inflation. With inflation trending down continuously, the Federal Reserve was able to be very measured on interest rate hikes and allow the economy to expand unhindered.


Over this period of extended expansions, since the early 1980’s, we have also seen a secular rise in debt, at the household, corporate and government level. This continued rise in debt has also ensured that economic activity was both higher and less volatile than previous periods. Increased debt allowed consumption to exceed income growth.


Obviously, only time will tell, but it is worth thinking about. Investors have got used to long and profitable business expansions. Their investment approach may have to change if we go back to shorter cycles and more economic volatility.


Obviously, no one knows what will happen. It is still possible that inflation remains very benign, and this business expansion continues unabated. The current Goldilocks scenario may persist. Strong growth and good profits but no pick-up in inflation. However, at some point this cycle has to come to an end. If we are expecting a recession to hit the US sometime in the middle of 2019 (as per the DB analysis), then we should start worrying about the markets by the end of this year itself. Also the last stage of a bull market, (if the above time frame is right) is notoriously difficult to invest in. We may have a last surge in the markets which will leave anyone taking risk off the table feeling stupid.


A challenging time. However, realising that we are near the end of the cycle and preparing for it is critical. At some stage in the next nine months, you will have to take risk off the table, at least for US equities. Whether India or any of the Emerging Markets can do well despite a bear market in US equities is a moot point.

Do not judge this market by its PE ratio

There is greater value for the patient investor

Demonetisation: Topline growth of India Inc seen at 6-8% in FY17