Expect earnings growth to touch 20%-plus in FY19, too 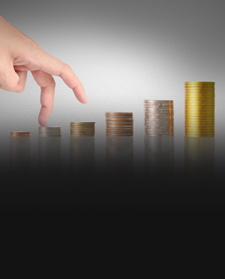 We have a target of 11,380 on the Nifty for December 2018, based on 16 times one-year forward earnings. The correction does make the market little more attractive. From a three-year perspective, this can really be a great opportunity to invest because what we firmly believe is that earnings growth will come back.


Foreign investors still like India from a long-term perspective. Structurally, we are constructive on equities. But in the near term, six months or one year of underperformance can’t be ruled out.  The reintroduction of LTCG tax makes the attractiveness of this asset class somewhat lower. Volatility can intensify towards the second half of this year with uncertainties around politics and elections. From a sentiment perspective, this is something which can have an impact on the markets.


US trade deficit with India is much lower compared to other countries like China. To that extent, we can say that the impact of trade war will be lower. However, the developments are concerning and India may get adversely impacted, particularly some sectors like pharmaceuticals and textiles. US has a high trade deficit with India and any measures towards these sectors will be negative. India provides export subsidies and the US has raised this issue with the World Trade Organization.


In the next two quarters, the base effects will remain quite strong. In fact, it can get stronger. We expect that the reported earnings growth can be materially good. For FY19 also, we are expecting 20% plus earnings growth. The corporate earnings to GDP ratio is quite low and that is likely to get back to a more reasonable level. FY19 could be slightly better because of the favourable base effect but as we go into FY20 also, a lot of this momentum would sustain. Historically, we have seen that there is a very strong inverse co-relation between the corporate earnings to GDP and the next five years earnings CAGR. If I take a 3-5 year view, earnings trajectory should be stronger than what we have seen in the recent past. We will not be surprised if we continue to see 15-20% kind of an earnings growth on a sustained basis.


There has been disappointment versus earnings expectations for almost five years. Even the December quarter earnings were 4% lower than what we had anticipated. From a top-down picture, earnings are really suppressed. On a bottom-up basis, if you aggregate individual analyst expectations, it is suggesting a very strong revival. If I take a two-year picture, from FY18 to FY20, we are talking about a 48% increase. Therefore, 20% plus earnings growth is very likely in FY19 and for FY20 we expect slightly lesser growth because the base is not as favourable but it is still going to be somewhere in the mid-teens.


On the macro side, things have gotten worse. It is a tussle between improving micro and the challenging macro and the question is which part will dominate. The macro has turned somewhat more adverse than what we thought. The fiscal push by the US government makes us concerned on inflation.  Domestically also, there has been somewhat of a negative from a macro perspective. The Budget indicated a fiscal slippage. There has been an introduction of long-term capital gains tax on equities, which increases the cost of capital for equities. In the recent past, there have been issues in the banking system, primarily the PNB scam, which raises fundamental questions on the banking system. If it remains within control, things will be ok. On a bottom-up basis, we think there are still interesting stories or interesting stocks that one can look at.


One has to go with good quality companies at reasonable valuations and where there is a long-term structural story in place.  The auto sector comes in that category. There are stocks in the auto sector which are not necessarily cheap but there is a structural story. Valuations are expensive versus history but it is still within the comfort zone. One can look at both four wheeler and two-wheeler companies, and even auto ancillaries. We see value in gas companies.


Consumer staples, is one sector which is very expensive and so we avoid it. We are overweight private banks versus public sector banks and prefer retail banks over corporate banks. We are underweight on IT services also. In a volatile market, IT index has done better this year but growth is likely to be in single digits.


We have been overweight on healthcare but it is more of a micro story. Each company is at different point of cycle. Some companies are getting into problems. Some companies are expected to come out of their problems. The issues in the sector are largely to do with the US market and the correction in the stocks has taken away a lot of the excesses from the expectations. At the margin, the risk reward has definitely started to become favourable.