Smallcaps are overvalued by 30-40% even after correction 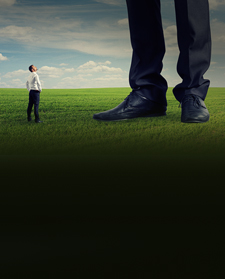 The fair value for Sensex at the end of this fiscal is around the 30,000 mark. Sensex is overvalued by 10-15%, small and midcaps are over-valued by 30-40%. When exactly the correction will happen, I don’t know. The bond market is sending us warning signals. But it is not as if we have serious macro-economic issues.


The economy is recovering. In the year to March 2019, we expect to see 15% EPS growth in Nifty or Sensex, which will be the first in five years of double-digit earnings growth.


There are three clear drivers of the economy. The October-November GST rollback was aimed at helping SMEs reduce GST burden. The budget is aimed at giving farmers a stimulus. The third stimulus, which might get diluted, is through PSU bank recap, both because the recap doesn’t seem to be quite as forthcoming and because of the PNB case controversy.


The simplest way to make a great deal of money is to buy outstanding companies. There are three peculiarities of the Indian economy which makes this ‘Coffee Can’ style of investing powerful.


Firstly, we are a fertile growth country. Because the underlying growth environment is fertile, well-run companies keep growing and provided you are invested in them, you compound with well run companies.


The second thing is, it is very hard in India to build big B2C franchises. So, in sectors like hair oil, auto, retail banking, building materials, FMCG, if you build a reasonably solid franchise with good distribution, dealership, credible brand and decent product, you have extended visibility on healthy profit margins for a long time.


The third reason is we have a reasonably liquid market. Buying high quality Indian companies and riding with them have worked well for the last 20 years and I have no reason to believe that it won't work over the next 20 years


It is difficult to see $20 billion coming via QIPs for PSU banks in this climate. Government contribution to the recap could be wiped out over the course of FY19 by the extra provisioning required by RBI.


The PSU bank stimulus is not going to happen in terms of economic stimulus, but even barring that there is an economic recovery underway which will result in corporate earnings picking up over the next four-five quarters.


For the first 3-4 years of this capex slowdown which began in 2012-2013, the stricken state of the banking system wasn’t a binding constraint of the economy because there was so much surplus capacity. If you don’t create new capacity in a growing economy then the incumbent players will start pumping up prices which is great for them but not so good for the broader economy. My fear is it is probably too late in this cycle to respond to it because if we fix the banking system a year from now, they disburse loans two years from now, the capacity comes on stream four years from now, you can only imagine what will happen to inflation in India over the next 3-4 years. I am worried about inflation and hence the cost of money rising.


RBI is doing what it can to hint that rate hikes are not far away. Rate hikes are going to happen this summer. I can’t see them hiking by more than 50 bps in the next 12 months but, I don’t think the rate hikes are as far away as Diwali. The10-year bond yield started tightening from August due to global and local factors.

Over time there should be convergence in GST rates

GST for first 12 months will be disruptive

There's a lot still right with the India story

No worry for EMs amid global growth, firmer dollar