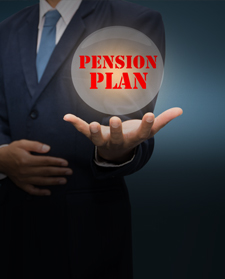 
The pension fund regulator is considering increasing the cap on equity investments for private sector subscribers of National Pension System (NPS) from a maximum of 50 percent to 75 percent of one's investment.


The move will be in the interest of existing and new subscribers who would want to take advantage of the potential of equity in generating higher inflation-adjusted return over other asset classes in the long term.


NPS subscribers can choose to invest in NPS via these two options: Active Choice and Auto Choice. The increase in the cap is proposed to be for the latter. For the auto choice option, there are three life cycle (LC) funds where the equity allocation is already capped at 75 percent.


At present, the maximum equity allocation under active choice is capped at 50 percent of one's investments. The limit of 75 percent will, however, be only for subscribers till they reach the age of 50 years, after which the allocation will automatically taper off to 50 percent by age 60. The tapered off portion will have to be reinvested by the subscriber in the remaining fund options such as government debt, corporate debt or alternate assets.


In addition to the equity fund (E), the other fund options under the active choice are corporate debt (C), government debt (G), and alternate assets (A). The maximum allowed to be invested is 100 percent in C and G, 50 percent in E, and 5 percent in A.


Of all the fund options, scheme E investments are predominantly in equity market instruments with up to a maximum of 50 percent in equity. The balance has to be compulsorily invested in scheme C, which primarily invests in fixed income instruments other than government securities or in scheme G which mainly invests in government securities. The balance can be divided between A, C and G too.

Next 3-5 years, switch a part of your gold investment to equity

Investing in India - IT, Pharma and Banking Sectors - AxisDirect