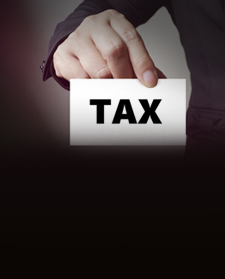 LTCG Should be Taxed


Tax policy inevitably involves maintaining a delicate balance between promoting economic growth on the one hand and addressing distributional concerns on the other. The current debate on whether Union finance minister Arun Jaitley should reintroduce taxation of long term capital gains (LTCG) on equity investments should be seen against the backdrop of such a balancing act.


Economic theory has an unambiguous conclusion. The principles of optimal taxation tell us that capital incomes should not be taxed. This result is evident in such landmark articles as the one written by Joseph Stiglitz and Anthony Atkinson in 1976, two economists who by no stretch of the imagination can be accused of turning a blind eye to income inequality.


Second, taxes on capital income are actually a form of double taxation. Shareholders who have already paid taxes on the profits of the companies they own should ideally not be expected to pay a further round of taxes on the dividends they get or the capital gains they book (the latter being the net present value of future profits after tax). There is also the question of whether companies will use taxes on capital incomes to switch from equity to debt as a source of funds.


That is as far as the theory goes—and that too under tight assumptions such as perfect capital markets. However, the intuition cannot be faulted. Optimal tax systems that seek to promote economic efficiency should tax consumption rather than capital incomes (and that is one reason why the shift to the goods and services tax is welcome).


The reality is more complicated. Thomas Piketty has noted that the large gap between optimal tax theory and what exists in practice is one of the most important failures of modern public economics. The plain fact is that most countries impose taxes on capital incomes, including on LTCG. It has been estimated that taxes on capital gains account for nearly a fifth of the total direct taxes collected in the US and the European Union.


That is where equity concerns come in, since capital gains usually go to the richer parts of a population, sometimes thanks to inheritances, especially in a country such as India.


There are no official estimates of how much can be collected through a tax on LTCG. In a paper published in The Economic and Political Weekly in May 2016, Prashant Prakash, Jaya Kumari Pandey and Abhishek K. Chintu used data on share deliveries in the two largest stock exchanges to conclude that the total capital gains tax given up by the Indian government assuming a tax rate of 10% was Rs47,995 crore in fiscal year 2012. It could be double that number today given the underlying trends in share prices and nominal gross domestic product growth, but it is also important to remember that these are the estimates of only one study.


There is a case for reintroducing the LTCG tax in India, but with five important notes of caution.


First, it should be brought back at the same time that taxes on corporate profits are cut.


Second, India is finally seeing more household savings going into financial assets, led by the spread of domestic mutual funds. This shift in savings behaviour should not be blocked.


Fourth, the finance minister should announce a clear time frame for the reintroduction of LTCG taxation so that there are no sudden shocks to the financial markets.


Fifth, the LTCG tax makes sense only if the tax on dividends is also brought back, else investors will demand higher dividends rather than retained earnings) while the regressive securities transactions tax must go.

Next 3-5 years, switch a part of your gold investment to equity

Investing in India - IT, Pharma and Banking Sectors - AxisDirect