We expect 26% earnings growth for Nifty50 companies next fiscal 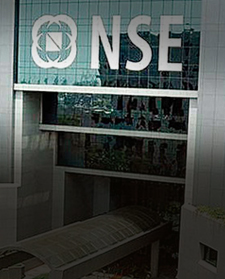 It is going to be interplay between higher economic growth and stronger earnings versus higher cost of equity. We are seeing a recovery in most of the larger developed economies as also in emerging markets. But at the same time, it looks like inflation is coming back and recently bond yields have gone up sharply in anticipation of higher inflation going forward and removal or reduction of some of the monetary accommodation. That’s the interesting dynamics which is going to play out over next few months.


FII selling is not an India-specific issue. We are seeing institutional investors pulling out money across emerging markets. Investors are re-looking at valuations and realizing that the kind of valuations they were willing to pay for earnings may no longer be justified in the context of higher bond yields and higher inflation. Clearly, investors have to realign the multiples to higher cost of equity, which means effectively lower price-to-earnings multiples or EV/ EBITDA or price-to-book, whichever way you are looking at it.


India has more country-specific macro and political challenges going forward. Macro has clearly deteriorated significantly over the last few months and for most of that period equity market was willing to overlook the deterioration in the macro, whether it was increase in oil prices or generally high inflation compared to expectations and more importantly fiscal slippages on account of lower-than-anticipated GST revenues. The bond market has been factoring in some of the macro concerns whereas the equity market has been somewhat more relaxed. Now, based on global events, even the Indian market is now sort of realigning to the changes in the form of higher cost of equity led by higher bond yields. The other big issue, which is not in the market as of now, is the political challenge. India will have elections in AprilMay of next year and three BJP-ruled states-Chhattisgarh, Madhya Pradesh and Rajasthan will have elections by the end of this year & early next year. Over the next few months politics will be part of the equation.


I don’t think it will impact flows in any meaningful way because ultimately people will invest in India based on whether they like the long-term prospects of India and whether they can  make capital gains in the first place. The government has introduced long-term capital gains tax in the least harmful manner. For the ultimate investor, it anyway does not matter given the fact that India will have double taxation avoidance agreements with just about every country where the final investor is based. The funds may get impacted to some extent because obviously the payment of long-term capital gains will reflect in the NAVs. I am not very worried about this point. In my discussions with investors, it is obviously not something which they like but it is not a deal-breaker for them.


Inflation will rise for the next few months given base effects but it will come down in the second half of the current calendar year, which could obviate the need for a rate increase by the RBI. If GST revenues start picking up sufficiently to be in line with the government’s assumptions for March 2019 then the bond market may actually cool off from current levels. At $65 a barrel, oil prices are not that much of a concern. If the domestic macro improves and the earnings numbers come through as are forecast then we can still make some 10% return from where we are. But this is assuming everything goes right for the market—macro improves and projected earnings growth comes through. For the Nifty-50 index, we expect 26% earnings growth for March 2019 and 16% for March 2020. If the macro deteriorates further and the earnings numbers disappoint then we could actually see the market coming down further from current levels.


We have been positive on the private retail banks and some of the corporate banks but very selectively, more so the private corporate banks, and also SBI and Bank of Baroda. We are coming to the end of the NPL problem in the sense most of the NPLs seem to have already been recognised by the system. If there are favourable outcomes in the sense that write-offs are not more than 50% of the loans then we could see some re-rating in multiples of the corporate banks. I am not concerned about some of recent developments that much.


The way we have positioned ourselves is we recommend the sector leaders in the sectors we like. For example, within the banking sector, we like private banks and prefer the sector leaders. If the macro deteriorates further, the solid high-CASA banks will be in a better position compared to the NBFCs. Similarly, we are more inclined towards four-wheelers compared to two-wheelers given structural issues in the two-wheeler industry. We like some of the turnaround stories where we are starting to see improvement in the operating conditions be it the corporate banks or the infrastructure space where we are starting to see some recovery in the investment cycle. Lastly we like some names in the metals and mining and oil and gas sectors, which give us exposure to the global economic recovery.