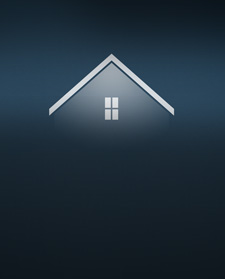 • For the month of December, Eicher Motors saw a 44.3% improvement in its commercial vehicle (CV) sales to 5,068 units compared to 3,512 units in the year ago period. The company had planned for this growth on back of anticipation that the industry would grow. According to management, going forward the CV industry growth will be led by expected investments in infrastructure, mainly road construction in 2016.

• 2016 growth will be lead by infrastructure investments/ construction boom.If that takes off we will see much more growth in the commercial vehicle (CV) industry because we should not forget that we are still less than our earlier peak of 2011, but within the CV industry the heavy-duty trucks are growing well and in 2015 they have grown by 36 percent overall and now they are at 90 percent of the earlier peak but within heavy-duty trucks, the construction trucks are still growing by 5 percent for the full year, so overall 36 percent growth and construction trucks only 5 percent. So next year if the construction sector takes off, we will see more growth in the truck industry.

• Production Capacity: The Company has a production capacity in Pithampur, Its capacity currently is 5,500 trucks per month which is 66,000 per annum. In last year, 2015, the company sold 47,500. So, it is still less than total capacity. However, to increase the capacity from 5,500 per month to 7,500 per month is not a big issue. So, the company can increase it very easily and can go upto100,000 per annum.Expansion will not mean any major investments, because we are already ready in our machine shop, in our engine capacity, in our paint shop. The only capacity that we have to increase largely is the assembly lines and assembly lines capacity can be increased by adding more manpower or by adding the shift.

• On ban on older commercial vehicles in Delhi:That is a larger issue because the industry has been talking that more than 15 years old vehicles need to be replaced through good incentive schemes. And banning of more than ten year old vehicles in Delhi has lead to some increase in demand. Some people started buying new trucks because they want to do business in Delhi. So, this has led to some demand, but to quantify it that how much it is, that is difficult, but overall, this is the right move that we have to phase out the older vehicles which are not emission friendly.