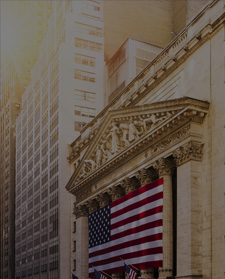 The US Federal Reserve has announced the start of its programme to roll back quantitative easing (QE). This ‘Great Unwinding’, as it is being called, has been well signalled by the Fed and its pace is likely to be very measured. The withdrawal of QE will mean that the supply of bonds will go up over time, other things remaining the same, which should increase US bond yields. That, in turn, should provide support for the US dollar. The Fed has also indicated that it will hike its policy rate again in December.


Data shows how QE has bloated central bank assets as a proportion of gross domestic product (GDP) for the Eurozone, the US and Japan. Data also shows the real policy rate for their central banks. The message from these data is two-fold—one, it shows the extraordinary extent to which monetary policy has been loosened and liquidity unleashed and two, it will be a long road back to normalisation of monetary policy, one that will take years, as Fed chairman Janet Yellen has said.


Note that this time, the markets are better prepared for financial tightening, unlike during the taper tantrum, when the Fed first indicated it would wind down its purchases of securities. It isn’t only a matter of better signalling—the world economy is on a surer footing now. Emerging markets are not so vulnerable and India, in particular, has improved its macro-economic position and especially its current account deficit substantially. Also, the European and Japanese central banks haven’t yet started their unwinding, so markets will be looking to them to keep providing liquidity.


In its annual report this year, the Bank for International Settlements (BIS) said: “Empirical evidence confirms the widely held view that large-scale asset purchases have significantly influenced yields and financial conditions.” A winding down of the central bank assets should, therefore, affect financial conditions in the opposite direction and, other factors remaining the same, be negative for risk assets, including equities. Recall that one of the objectives of QE was to boost asset prices.


The BIS also warned that policy normalisation would have spill over effects on other economies and emerging market economies could be affected by higher interest rates, particularly those economies that have large amounts of dollar debt.


Much would depend on the strength of the global economic recovery. One big source of comfort for the markets is the lack of inflation. At its recent meeting, the Fed median forecast for PCE (Personal Consumption Expenditure) or core inflation was revised down to 1.5% for 2017 from 1.7% in its June projection. In fact, Yellen acknowledged that the Fed didn’t fully understand the reasons for low inflation.


The risk is that a very slow pace of normalisation may lull the markets into complacency. As the BIS said, “transparency about the path of central bank measures may unintentionally encourage greater risk-taking in markets. By reducing the uncertainty surrounding the announced path and hence compressing risk premia, transparency may induce market participants to leverage up in their search for yield. The experience of the 2004–06 episode of raising the federal funds rate ‘at a measured pace’ seems consistent with this possibility.”


In short, it would be a good thing if the markets start to gradually price in the withdrawal of the extraordinary monetary stimulus of the last nine years.