The election results for 5 poll bound states have been declared and the mandate is out in public. What matters is the significance of these elections. 3 key points are outlined below.

A not so well appreciated point is the relevance of state elections to the GST council, which is a new federal institution in the country. Here, size does not matter. A win in Manipur is as good as a win in Uttar Pradesh. The BJP and its allies currently control 15 states, whereas the center requires 20/31 states to push legislation. Legislative muscle is not imperative at this stage since there is near unanimity in the council on GST implementation. Nevertheless, having more numbers on your side is useful.

Reform acceleration if BJP does well is a fallacy. Major reforms on the anvil, like GST, financial sector reforms or bankruptcy are not dependent on UP election result. Agreed, if BJP has administrative control over UP it could initiate urgent state specific reforms in power, irrigation and transport. However, poor performance (like in Delhi and Bihar elections recently) could restrain unpopular reforms and make the government populist ahead of 2019 LokSabha elections.

This week, the ECB’s Mario Draghi stuck to the asset purchase program (QE) despite talks of a scale back since inflation reached the 2% target. However, a change in the forward looking statement indicated potential QE tapering, which led to hardening of European bond yields.

Markets will gyrate to the tunes of the Bihar elections

Oh, what a week that was!

A victory for reforms 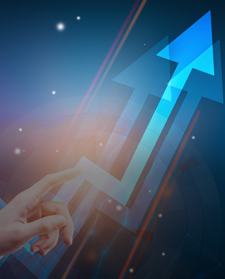