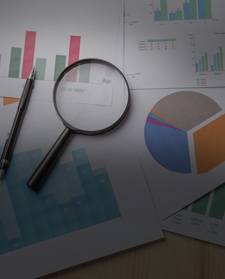 
UPTICK IN GDP GROWTH EXPECTED IN SECOND HALF OF 2019-20; FIRST ADVANCE ESTIMATES PEG GROWTH FOR OVERALL FISCAL AT 5 PER CENT


GDP GROWTH IS EXPECTED TO GROW IN THE RANGE OF 6.0 TO 6.5 PER CENT IN 2020-21, SURVEY ASKS GOVERNMENT TO DELIVER EXPEDITIOUSLY ON REFORMS


GST COLLECTIONS GREW BY 4.1 PER CENT FOR THE CENTRE DURING APRIL-NOVEMBER, 2019


INFLATION DECLINES SHARPLY FROM 3.2 PER CENT IN APRIL 2019 TO 2.6 PER CENT IN DECEMBER 2019, REFLECTING WEAKENING OF DEMAND PRESSURE IN THE ECONOMY


AGRICULTURAL GROWTH SHOWS MODEST REVIVAL IN FIRST HALF OF 2019-20


The Government says that based on first Advance Estimates, India’s GDP growth for 2019-20 would be recorded at 5 per cent. This suggests an uptick in GDP growth in second half of 2019-20. The Union Minister for Finance and Corporate Affairs, Smt Nirmala Sitharaman tabled the Economic Survey 2019-20 in Parliament today, which states that the deceleration in GDP growth can be understood within the framework of a slowing cycle of growth. The financial sector has acted as a drag on the real sector.


The Survey says that the uptick in second half of 2019-20 would be mainly due to ten positive factors like picking up of NIFTY for the first time this year, an upbeat secondary market, higher FDI flows, build-up of demand pressure, positive outlook for rural consumption, rebound of industrial activity, steady improvement in manufacturing, growth in merchandize exports, higher build-up of foreign exchange reserves and positive growth rate of GST revenue collection.


The Survey says, on a net assessment of both the downside/upside risks, India’s GDP growth is expected to grow in the range of 6.0 to 6.5 per cent in 2020-21 and it asks the Government to use its strong mandate to deliver expeditiously on reforms, which will enable the economy to strongly rebound in 2020-21.


The Survey points out that the year 2019 was a difficult year for the global economy with world output growth estimated to grow at its slowest pace of 2.9 per cent since the global financial crisis of 2009, declining from a subdued 3.6 per cent in 2018 and 3.8 per cent in 2017. Uncertainties, although declining, are still elevated due to protectionist tendencies of China and USA and rising USA-Iran geo-political tensions. Amidst a weak environment for global manufacturing, trade and demand, the Indian economy slowed down with GDP growth moderating to 4.8 per cent in first half of 2019-20, lower than 6.2 per cent in second half of 2018-19. A sharp decline in real fixed investment induced by a sluggish growth of real consumption has weighed down GDP growth from 2nd half of 2018-19 to 1st half of 2019-20.


In an attempt to boost demand, 2019-20 has witnessed significant easing of monetary policy with the repo rate having been cut by RBI by 110 basis points. Having duly recognized the financial stresses built up in the economy, the government has taken significant steps this year towards speeding up the insolvency resolution process under Insolvency and Bankruptcy Code (IBC) and easing of credit, particularly for the stressed real estate and Non-Banking Financial Companies (NBFCs) sectors. At the same time, impact of critical measures taken to boost investment, particularly under the National Infrastructure Pipeline, present green shoots for growth in H2 of 2019-20 and 2020-21.


Given India’s record of growth with macroeconomic stability over the last five years (annual average growth rate of 7.5 per cent), the economy is poised for a rebound towards the US$ 5 trillion goal by 2024-25. The net FDI and Net Foreign Portfolio Investment (FPI) in first eight months of 2019-20 stood at US$ 24.4 billion and US$ 12.6 billion respectively, more than the inflows received in the corresponding period 2018-19.


In 1st half of 2019-20, CPI (Headline) inflation was estimated at 3.3 per cent, slightly higher than that in 2nd half of the previous year. There has been a further uptick in headline inflation in the month of December 2019 to 7.35 per cent contributed mainly by supply side factors. The food prices spiked following unseasonable rainfall and a flood-like situation in many parts of the country, which affected agricultural crop production. The Wholesale Price Index (WPI) inflation, on the other hand, declined sharply from 3.2 per cent in April 2019 to 2.6 per cent in December 2019, reflecting weakening of demand pressure in the economy.


The growth of  bank credit which was picking up in 1st half of 2018-19, started decelerating in 2nd half of  2018-19 and further in 1st half  of 2019-20.  The deceleration was witnessed across all major segments of non-food credit, save personal loans which continued to grow at a steady and robust pace. The deceleration in credit growth was most in the services sector. Credit growth to industry also witnessed a significant decline in recent months, both for MSME sector as well as large industries. Agriculture and allied activities benefitted from a higher growth of credit.


Lower Current Account Deficit (CAD) reflects reduced external indebtedness of the country making domestic economic policy increasingly independent of external influence. The CAD, which was 2.1 per cent of GDP in 2018-19, has improved to 1.5 per cent in H1 of 2019-20 on the back of significant reduction in trade deficit. In the first eight months of  2019-20, both gross and net FDI flows to the country have been more than the flows received in corresponding period of 2018-19. Net FPI inflow in 1st half of 2019-20 was also robust at US$ 7.3 billion as against an outflow of US$ 7.9 billion in 1st  half of 2018-19.


The drop in fixed investment by households from 14.3 per cent to 10.5 per cent explains most of the decline in overall fixed investment between  2009-14 to 2014-19. Fixed investment in the public sector marginally decreased from 7.2 per cent of GDP to 7.1 per cent during the two periods. However, the stagnation in private corporate investment at approximately 11.5 per cent of GDP between 2011-12 to 2017-18 has a critical role to play in explaining the slowing cycle of growth and, in particular, the recent deceleration of GDP and consumption.