The prospect of electric vehicles (EV) disrupting the automobile industry has led to excitement, fear and numerous research reports. Some experts feel it is all doom and gloom for the incumbent auto original equipment manufacturers (OEMs) as EVs replace internal combustion engine (ICE) cars and they will suffer the same fate as the horse carriage manufacturers they themselves replaced more than a hundred years ago. The automobile majors are obviously far less bearish, and continue to believe they will thrive and lead the transition. They believe only they have the scale, distribution, brand and technological resources needed to thrive in a world of EVs.


This transition is of huge significance as globally the passenger vehicle industry has a turnover of $1.8 trillion, profits of $150 billion and volumes of 90 million. Just for context, the smartphone industry has revenues of $340 billion and the personal computer industry revenues are $170 billion. The transition from ICE vehicles to battery-powered EVs will cause disruption on a scale not seen before.


Electric-vehicles-and-the-auto-industry: The move towards EVs is inevitable. The only question is timing and it is not only driven by global warming concerns. It is fundamentally a better product — just look at the wow factor associated with Tesla. Disruption has started at the high-end premium vehicles but will come down to the mass market eventually. The biggest issue is cost, as the power train of an EV (basically the battery) is about $17-18,000, compared to an ICE power train (engine, transmission and exhaust systems) of about $5,000. This gap will narrow as the costs of batteries fall by about 20 % annually and more stringent emission and fuel efficiency norms raise the costs of conventional engines. This huge shift will shake up the whole industry. If one looks at the pattern of technological disruption seen in other sectors, then value will move away from the traditional auto OEMs and their suppliers to core components (batteries) and enablers of the new generation of automobiles. As the OEMs lose control of the core technology, which is batteries, their ability to differentiate and earn reasonable margins will reduce.


However, the industry has at least a decade to adjust. Even under the most bullish assumptions of EV adoption, global ICE vehicle volumes (including mild hybrids) will decline by only 0.75 % per annum between 2016 to 2026, as rising ICE sales in the EM markets offset the rapid switch to EVs in the developed world. The fall off accelerates post-2026.


Our component suppliers have a decade to penetrate the value chains of EV suppliers. Whether supplying to new companies like Tesla or the existing OEMs, suppliers need to ensure their relevance in the new designs. Given that all our car exports go into EMs, we should have time to adjust as EM volumes for ICE cars will continue to grow for the coming decade.


The reality is that China has taken a leading position in battery technology. In 2016, it led the world in sales of EVs, driven by subsidies and forced government fleet purchases. It is going to create a national champion in batteries and is determined to close the gap with Korean and Japanese battery makers by 2020.


India unfortunately has a very limited play in this technology disruption. We have no scale in battery manufacturing neither do we have the technology. The government will have to help, but as a country we need a strategy. We cannot afford to miss another transition, and remain just an importer of critical enabling technologies of the future. 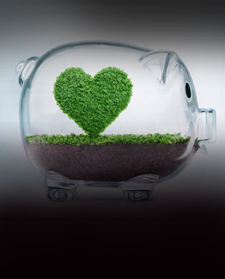