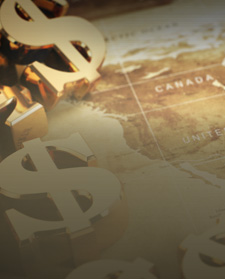 On U.S. markets : There is quite a lot of rotation, so when you think about things just getting started, considered the fact that those are sectors now coming into play in the US market which have been out of favour for a long time. Much has been made of the recent bank rallies in the US for example, but some of those banks are now just hitting 5 years highs, in other words it spent 5 years languishing so I think that there is more gas in the tank in the US in terms of rotation and those could be very powerful rotations, because financials for example is a very large in the US and it has been completely off the cards for as long as any of us can remember.

On domestic market scenario: As you correctly mentioned this looks like a global phenomenon and obviously today there are more buyers than sellers. The month of November witnessed one of the record inflows for domestic Mutual Funds and last 2-3 days we are started to seeing even foreign institutional investors (FIIs) turning buyers.

Even in a market if everyone wants to buy then prices have no option but to go up despite whatever the ground situation might be, so it is an event where probably shorts have been trapped on the wrong side. The flows have been strong and globally things are supported market rise.

From India’s point of view, we have a far stronger macro today than before despite short term hiccups due to demonetisation. The current account seems to be under comfort zone. Inflation despite Reserve Bank of India (RBI) warning that there could be pressure the numbers look comfortable. The fiscal deficit, the finance minister last year honoured its commitment, this year hopefully with some bonanza on the income disclosure scheme (IDS) and Garib Vikas Yojana one could see them honouring their commitment their commitment on fiscal deficit next year as well.

From a macro point of view, India today looks far more attractive vis-à-vis others and hopefully that should ensure that the flows from FII as well as local investors continue.

On foreign investment, do you think it will pick up? India has always looked a lot better than other markets when you have looked at them in terms of their sensitivity to those global flows. So, there were a few headwinds for India, we have spoken in the past about demonetisation and things like that, but those are also beginning to reverse themselves. And I can see in terms of India now, demonetisation has also begun to run its course and you could see a pickup in domestic flows as well which is something that the market probably in India, was beginning to pick up on today as well.

So yes, global flows, that has played its part in terms of ETF and that fast money. And probably Indian investors right now can look at demonetisation having run its course and a new, some reflation and more importantly inventory rebuilding should begin in India in the next few months and we are going to see some better metrics on that side as well.

On dollar rally: If the dollar rises too much, that becomes a self-correcting mechanism. Investors will sour on the US very quickly if the dollar were to rise too quickly. And bear in mind that we have seen, just 12-18 months ago, also a rise in US 10-year bond yields to similar levels with the dollar rising to similar levels. So, we have been here before. And I think that that is very important. And at some of the scenarios out there for the euro weakening and the pound, they have not come to pass either. So, we are at a cross roads with the dollar right now where the weaker currencies are probably not as bad as people thought they were and the dollar situation is probably as good as it gets. And from here, we go back to a mid-case for the dollar which should put a lot of relief into the emerging markets and particularly India. So, that one fear factor from too strong of a dollar does begin to recede at this level.

Bull market not behind but ahead, PSUs to lead

High uncertainty leads to high returns; eye on US policy