Indian market sentiments have improved substantially following the enhanced monsoon forecast of 109% of LPA (105% earlier) by the private weather forecaster Skymet. The weather agency has re-iterated that the rains would be back-ended – low rainfall in June & copious rains in July, August & September. Good rainfall coupled with proper spatial & temporal distribution could alleviate rural distress which has been responsible for the corporate earnings de-growth for last couple of quarters.


Two important events that could impact global market sentiments have been lined up in June 2016 viz., a) US FOMC meet listed for June 14-15 & b) Brexit referendum scheduled for June 23. Recent comments from different members of FOMC have been hawkish, thus preparing the markets for another rate hike in near term. The probability of hike in June meet are low, given the bipolar outcome of another high profile event i.e. Brexit lined up one week beyond. Brexit referendum outcome has the potential of disrupting the global markets if Britain opts out of EU. The uncertainty associated with it can also cause some damage to the prevailing positive sentiments.


The earnings season, so far, has been in line with expectations & has sprung no major surprises. Low commodity prices coupled with reducing interest burden are responsible for the recovery, though the demand revival is still elusive. Good monsoon with uniform spread could bring back the much awaited consumption. The Government has been pretty successful in clearing few structural reforms through the Parliament, though the GST has not been passed by the Upper house yet. Markets have been eagerly awaiting the passage & implementation of GST; any positive development on that front will be more than welcomed.


Crude oil prices have inched closer to $50/bbl on account of the supply disruptions. Crude oil prices surpassing past $60/bbl may risk resumption of US Shale gas production, hence we see a cap in crude prices in $55-60/bbl band. ECB & Japan are printing money to fight deflation ensuring risk appetite in the system while rising US yields, strengthening USD ensure low commodity prices- both good for Indian economy & markets. All eyes will now be on how the monsoon fares- a good monsoon will lead to a secular growth in demand & consumption, consequently leading to earnings recovery. Though, headwinds in the form of global events do exist, we are of the opinion that any correction associated should be used as an opportunity to accumulate with an investment horizon of 12-18 months.


I welcome your feedback on our research, products and services. You can directly share your experience with me at arun.thukral@axissecurities.in 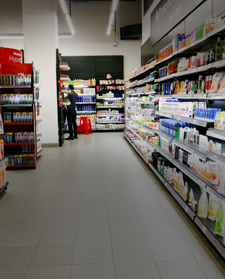 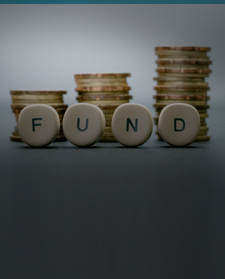